No sooner had I returned to the bedroom he caught me in his arms and tossed me onto the bed. I squealed as I landed on my back and he stepped over me pulling off my leggings. I was completely naked in front of him and he took a moment to admire me. I looked back defiantly daring him to comment. Instead he moved like lightning and had his semi-hard cock buried itself in my pussy again.


“Let me show you something I’m sure you’ve never experienced, and probably never will again after tonight. I call it Tyrone’s 360,” He said.

Rocking me slowly I could feel his cock getting harder inside me. The pleasure of being spread open again caused me to start moaning loudly. ‘At least no one can see me this time’ I thought as another loud cry escaped my lips.

He lifted my left leg and moved it over to lie on top of my right. I was turned on my right side facing the mirror and watched as his body gyrated behind me. His cock never left my pussy and the new angle somehow enabled him to drive deeper.

Watching my breasts bounce as his huge cock thrust in and out of me was getting me more turned on. Every time he slipped past my gspot I cried out begging him to spend more time there but at the same time screaming not to stop the rhythm he had going.

After about five minutes he slid my legs down and rolled me onto my stomach. Pulling my hips up he had me on all fours as my ass hung over the edge of the bed. Being so much taller than me he had to squat down but instantly he was back inside me.

Mercilessly he fucked me and I was sure the pounding he was giving me was the entire length of his cock.
The pleasure was so intense that I almost couldn’t handle it. Tears were leaking from my eyes but I wasn’t crying. My moans had turned to whimpering at this point and I felt my body as a distant concept. All that mattered was my pussy and the pleasure I was getting.

With a quick movement he grabbed my arms and pulled them back behind me. When my face hit the bed my back arched hard enough to almost form the letter C.

He never slowed and relentlessly he pounded my pussy until it was too much to handle. I had felt it building but when my orgasm struck I wasn’t prepared. I screamed as my legs shook violently until he let go of my arms, and I collapsed onto the bed like a sack of potatoes.

Somehow this stallion was still hard and still buried deep inside me. Lifting my leg he twisted me around so that I was on my left side facing away from the mirror and started slamming into me again when I had caught my breath.

After what felt like forever but was probably only another five minutes he rolled me onto my back, completing the 360.

Pushing me further up the bed he knelt in front of me and pulled my hips up to meet his. I sat up and hugged him tight settling on his cock. It was difficult for him to get any motion going in this position so I helped out. Between licking and biting his ear I slipped up and down on his cock making sure to take as much as I could get. His hands on my hips helped to slam me down and before long I was feeling a familiar tingle in my pussy. Moaning loudly I leaned my head down to his neck thinking he deserved a PhD in sex, or at least a gold medal.


Ricky straightened his legs and lay back on the bed. The size of his cock enabled me to not hold back as there was very little fear of him accidentally slipping out of me. Every time I slammed down I felt him go deeper than he had ever been inside my tiny little pussy. With my hands supporting me against his chest, and his hands holding my waist, we fell into a rhythm that only got faster and faster. The excitement in my pussy kept building and I knew it wasn’t going to be long.

Sweat glistened on our skin from the exertion and gave us a glow in the soft light. Looking over at the mirror I noticed the contrast in our skin tones for the first time. The difference between his charcoal black and my lighter tan color was sharp but I looked good with him beneath me. I woke to the hot sun hitting my face and I realized in the passion last night I had forgotten to close the curtains. With a start, I panicked and tried to sit up to check the time. We had a flight this afternoon at five and I couldn’t miss it. My legs felt like lead and refused to obey my commands, and my pussy felt like it had been set on fire. I was sore as hell and even the slightest movement sent pain shooting through every limb. My head was pounding and I realized that so many Long Island Iced Teas had probably not been a good idea. Bringing my hand to my face I realized that my jaw was sore as hell as well, but the memory of Ricky’s huge cock made me smile through the pain.

The room itself was trashed. The bed was a mess and the smell of sex filled the air so thick that I was worried they would never get it out. I found my skirt and shirt, located my leggings in the corner but couldn’t find my panties. They weren’t the really nice ones I had brought but I was still perturbed that they were missing. Either they had magically disappeared or Ricky had absconded with them as a trophy.

With slow calculated movements I made my way to the bathroom and started the shower. The hot water against my skin was painful but I could feel it loosening my tight, sore muscles, healing me from the night before. After standing there for fifteen minutes I filled the tub and lay back soaking in the warmth as my strength returned. 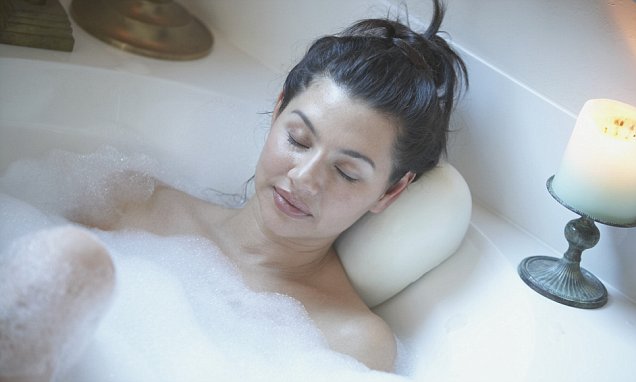 Dressing I hurried to find the house keeper I had befriended while I was here, a tiny Guatemalan woman named Esmerelda. Slipping her a twenty I begged her to go in and clean my room before anyone else could see the mess.

Unable to face the reaction I knew she was going to have I hastily went down to the hotel restaurant to have some lunch. Once done I went down to the clinic and picked up a morning after pill. I didn’t want to be having a black baby.

Amit came by my room later to check to see if I was ready to go and told me not to ask questions about last night. All he would tell me is that between the five of them they had spent close to one thousand dollars in drinks and lap dances. It had not been what he wanted but the others insisted, and as a result he had lost all respect for them.

I thought of my night with Ricky and kept quiet. I was sure if he knew I would lose his respect as well.

The ride to the airport was quiet. It seemed we all had bad headaches from drinking too much and even the tires humming along on the pavement was tough to handle. When we arrived we found our plane and boarded.

Just after the ‘Fasten Seat belts’ light went out the stewardess made her rounds offering drinks.

I nodded at the last one.

“One tall, large, black please,” I said. “The bigger the better.”

“You sure, sweetie? That will keep you up all night” she said.

“That’s the idea,” I said and smiled.